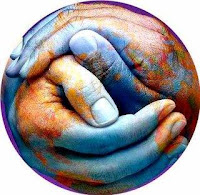 US and Israeli military sources told debkafile Thursday, Aug. 12, that a threat from Georgia was not the reason why Russian posted advanced S-300 interceptor batteries Russia in Abkhazia and air defense weapons in South Ossetia on the northern shore of the Black Sea -as Moscow officially maintained, but rather possible moves by the US and/or Israel against Iran and its nuclear facilities.Georgia's armed forces do not run to the sophisticated warplanes, missiles or drones that would warrant establishing the high-powered S-300 interceptors for defending the breakaway Abkhazia and South Ossetia.Ordinary air defense batteries would do for deterrence.
Therefore, US military sources believe Moscow placed the sophisticated batteries on the Black Sea shore more as a counterweight for the US Sixth Fleet warships present in the Mediterranean and Black Seas and the two big American bases close to the latter waterway - the Mikhail Kogalniceanu Air Base near Constanta, Romania, and the Bezmer Air Base used by the US Air Force just 50 kilometers from the southern shore of the Black Sea.Their location gives the US Air Force the freedom to operate over both the Mediterranean and Black Seas.Our military sources disclose that attention was drawn in Moscow and Tehran to the exercises the Israeli Air Force has been conducting from the two American bases to simulate strikes against Iran's concealed nuclear sites.
They noticed in particular the Israeli Yasur CH-53 helicopter which crashed in the Carpathian Mountains of Romania on July 26, killing six Israeli airman and a Romanian flight captain. It was obvious to Russian and Iranian observers from the way the CH-53 crashed and the veil of secrecy clamped down by Israeli authorities that it had been engaged in practicing touch-and-go attacks on nuclear sites which the Iranians have holed up in tunnels burrowed in the sides of lofty mountain precipices.DEBKfile's intelligence sources do not doubt that Russian placed the top-of-the line air defense systems in Abkhazia for intercepting flights taking off from the American bases in Bulgaria and Romania and heading east over Georgia and Azerbaijan and on to the Caspian and Black Seas to northern Iran.Byt deploying the S-300s, Moscow has put paid to any plans Israel may have had for using this northern route for attacking Iran.The deployment was also a message of reassurance from Moscow to Tehran: Although Russia is withholding the advanced S-300 interceptors from Iran it has its own methods for blocking an American or Israel raid on the Islamic Republic's nuclear facilities.
Publicado por Blog de Carlos Braverman en 12:25 p. m.