A PALESTINIAN VIEW AND AN ISRAELI VIEW 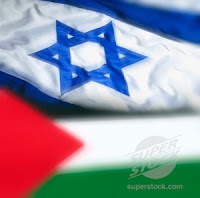 Learn the lessons and Dealing with the legitimacy issue
A PALESTINIAN VIEW
Learn the lessons
Saleh Abdel Jawad
"Too little, too late"--this expression has gained a new reputation in the last 40 days. Events in Tunisia and Egypt and other countries in the Arab world have confirmed the validity of the expression. Arab leaders like Zein al-Abidine Ben Ali and Hosni Mubarak, eager to calm the protests against their rule, tried to give up minor concessions to the opposition. But it was, as we all know, too late.

Compared with the tired "old guard" leadership (the leaders of Muslim, liberal and leftist parties including the Muslim Brotherhood), the "new guard" generation is not satisfied because it is seeking real change and not minor cosmetic reforms. This applies to the situation in the West Bank and Gaza Strip that is nowadays experiencing--silently but steadily--the aftermath of the Mubarak regime earthquake.

The Palestinian cabinet's decision to hold municipal elections at the end of July of this year; the dissolution of Salam Fayyad's government ten days ago; the resignation of Saeb Erekat as chief Palestinian negotiator; and the PLO executive committee's decision to hold legislative and presidential elections by September 2011 are all part of maneuvers and a "strategy" meant to overcome and respond to the new situation in the Arab world and the al-Jazeera leaks scandal.

However, Mahmoud Abbas' and Salam Fayyad's strategy will not succeed--not only because it is "too little, too late"--but because it is irrelevant. First, all political Islamic parties and movements (Hamas, Islamic Jihad and Hizb al-Tahrir) oppose it. As a matter of fact, the opposition to holding legislative and presidential elections is unanimous among the factions save some Fateh circles (considered the "Power Party").

Political parties other than the political Islamists and independent forces without political affiliation (which make up more than 30 percent of the Palestinian political map) and observers consider holding an election before ending the division between Fateh and Hamas as an internalization and reinforcement of this division, which is not only between the two factions but also between Gaza and the West Bank, thus compromising if not ending the Palestinian state national project.

But there are other deeper concerns: all those who are not pro-Palestinian Authority, including the new young Facebook generation, consider elections an attempt by the PA to regain eroded legitimacy at a time when not only is it in question, but also the legitimacy of PLO institutions and the PLO's very capacity to lead the Israeli-Palestinian negotiations. The leaked documents by al-Jazeera promoted anger but also proved the uselessness of the negotiations process.

International and regional changes (the weakness of the United States, Israeli intransigence, the rise of the "rejection front", and the fall of the Mubarak regime as a main ally of the PA) are all weakening the PA and the current PLO leadership.

Only changes like the election of a new Palestinian National Council (the highest body in the PLO) would set new rules for the game. Ending the political division and rethinking the negotiations are considered a minimum offer to be accepted by the PA.

Most Palestinians today want to return to a situation in which Palestine is considered an entity under occupation, where the right of self-determination and the right to resist are guaranteed. Hard-liners are even announcing the demise of the PA.

This state of mind was strengthened by last week's US veto in the United Nations Security Council. People who thought that the US would reconsider its policies in the region after what happened to its allies know today that the US is crippled by its own internal politics and in the long run will harm its own interests. Unfortunately for Arab dictators, we also have a situation like that of Tunisia and Egypt: leaders incapable of facing the truth and learning the lessons.-Published 21/2/2011 © bitterlemons.org


Saleh Abdel Jawad is a political scientist and dean of the Faculty of Law and Public Administration at Birzeit University.
AN ISRAELI VIEW
Dealing with the legitimacy issue
Ron Pundak
Recent months have witnessed the ongoing success of Palestinian diplomacy. Initiatives taken from the playbook of non-violent struggle have borne fruit in the form of growing international recognition of a Palestinian state and, in parallel, growing support for the Palestinian position as against that of Israel.

This campaign was supposed to reach a new level last Friday with a United Nations Security Council resolution condemning the settlement policies of the government of Israel. An American veto, reflecting the dominance of domestic policy over foreign policy in Washington, halted the Palestinian string of victories.

Activism in the international arena has to some extent enabled the Palestinian leadership to rebuff critics who accuse it of doing nothing against occupation and the settlements. The leadership's reply to a second level of criticism--that it is doing nothing to strengthen democracy and legitimacy--took the form last week of a declaration regarding municipal elections in July and elections to parliament and the presidency by September.

To the casual observer it might seem--even if in Ramallah they deny this--that in a different reality it would be more convenient for the Palestinian leadership simply to forget about elections. The "temporary" government appointed in mid-2007 "for the shortest possible duration" has ruled with great success for more than three and a half years without a functioning parliament. Prime Minister Salam Fayyad, who leads a tiny parliamentary faction, is convenient for all sides, works well with President Mahmoud Abbas (Abu Mazen) and is respected by the donor nations, which trust only him to administer the public coffers. And he has succeeded as a professional administrator to present a new national agenda, to project credibility and integrity and to realize countless urban and rural projects. All in all, he is a credit to the Palestinian people, even if he isn't a member of Fateh.

Still, the protest wave that is sweeping the Arab world threatens the West Bank as well. Clearly something has to be sacrificed, if only to show that "we too are democrats, attuned to the public will, so first we'll hold municipal elections and then we'll move on to parliamentary and presidential elections." Yet when you get down to brass tacks, it emerges that reality is far more complicated than mere declarations and that actually holding elections is problematic.

The polls indicate that Fateh is not growing stronger, while in both the West Bank and Gaza Hamas is not very popular either. If, as matters now stand, Hamas does not participate in elections, it is likely to do everything in its power to prevent them from taking place or at least to void them of any legitimacy. Hamas will not be prepared to forego democratically the near-dictatorial power it has accrued in Gaza, where it is already entrenched. From Hamas' standpoint, democracy will again be relevant when its victory is assured. Since this is currently not the case, the Hamas experience in Gaza has to be defined as one-time democracy.

If Hamas will neither support nor participate in elections, then perhaps the entire purpose of the elections exercise is to weaken it. Abu Mazen's declaration that without Hamas there will be no elections already places the burden of proof on Hamas. There are those in Ramallah who believe that if Hamas avoids elections in Gaza then the public there might rise up against its rulers, just as in Tunisia and Egypt the public took to the streets in the cause of democracy.

On the other hand, a decision to hold elections only in the West Bank encounters the legitimacy issue, which is controversial. Will a new government, emerging from limited elections, be more or less legitimate and successful than the current one? The answer is apparently negative. Yet the present situation is no better. Hovering over this debate is the question whether it will be possible for Fayyad to return as prime minister. Assuming that this time around, like last time, he fails to lead a large parliamentary contingent, then the next prime minister will probably come from the ranks of Fateh.

Apropos Fateh, what will be its electoral agenda or message? The public will no longer buy the old slogans of "ending the occupation, peace, economic development, one gun and one law". This time around, the line will apparently be more nationalistic, more inward-looking, less addressed toward Israel and more toward the significance of events in Egypt and Tunisia. Will that suffice? Apparently not.

Complicated? This is only the tip of the iceberg, since no one, including apparently the man himself, knows whether Abu Mazen will run for another term. A presidential succession struggle will weaken existing coalitions and generate further fragmentation, leading ultimately to a weaker Palestinian political system. All this will come together in September 2011, the deadline for the historic achievement of an independent Palestinian state. All this--against the backdrop of a right-wing Israeli government that fears the wave of instability sweeping the region and that does not welcome any real progress toward a comprehensive solution of the Israeli-Palestinian conflict.-Published 21/2/2011 © bitterlemons.org


Ron Pundak is the director general of the Peres Center for Peace. He was one of the architects and negotiators of the Oslo Agreement.
Publicado por Blog de Carlos Braverman en 7:17 p. m.