A Roma Roadmap By Heather Grabbe and Kori Udovicki 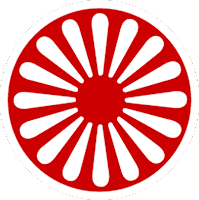 BRUSSELS – The European Union, at long last, is taking a significant step to improve the lives of Europe’s millions of Roma. Rather than proposing a grand plan for EU-level action, the European Commission’s recently released “EU framework for national Roma integration strategies up to 2020” calls on each member state to write its own plan.

This approach recognizes that the most pressing needs of the Roma – improvements in education, housing, health care, and employment opportunities – are in the hands of member states, not the Commission. But putting the onus on national governments also reflects the caution with which EU institutions approach the deep social problems faced by the Roma.

The EU has woken up to these problems in the past two or three years, thanks, most recently, to the crisis in France last summer, which followed an influx of thousands of Roma migrants. Politicians have understood that the social exclusion and stigma suffered by Roma are a pan-European problem requiring an EU-level framework. But the general view is that Roma exclusion has proved intractable for many centuries, and that concerted action will not make much difference now.

In fact, few countries have ever really tried – and not owing only to a lack of resources. To be sure, ending Roma exclusion would require public spending on Roma communities to be orders of magnitude higher than it is now. But, even in an age of austerity, the amount required is small relative to EU spending on social inclusion or cohesion. Rather, the biggest need is to raise national leaders’ political will to combine policies and practices proven to work.

Imagine what life is like if you are a Roma today. You are four times more likely to live below the poverty line than someone from another ethnic background. Your sub-standard housing will probably be in a slum without a sewage system or any transport to the nearest town. You probably went to a poor-quality, segregated, Roma-only school, at which very few of your classmates completed primary education.

Indeed, you may have no birth certificate or other identity papers, or any legal claim to your home. If you are the victim of a crime, you don’t want to go to the police, because they might abuse rather than protect you. In other words, you live in the Third World, even if geographically you are in the middle of Europe.

Poverty and prejudice are mutually reinforcing. When a baby cannot be registered because Roma parents face discrimination and live in an isolated settlement, she will inevitably lack the documents needed to set up a legal business when she grows up. If a Roma girl has no contact with children from other ethnic groups in a decent school, she is unlikely to be able to persuade an employer to give her a decent job, and her family is likely to see early marriage as her only means of survival.

Tackling one problem in isolation is unlikely to yield significant results. Even if bias and discrimination disappeared overnight, it would take years to break the vicious cycle of Roma exclusion. Public policies need to address the multiple deprivations that Roma face, and they need to survive changes in government. That’s where an EU-level framework can help, by encouraging sustained efforts and evidence-based policy-making.

The good news is that there is plenty of experience that shows which development policies work. Integrated schooling is proven to improve academic results for all of the children involved. Early childhood programs and neo-natal intervention – aimed at improving expectant mothers’ health and teaching parenting skills – plus two years of pre-school give Roma children a much greater chance of going on to secondary education, which is essential to getting a decent job. And adult job training yields the triple benefit of raising household incomes, increasing tax revenues, and giving Roma the chance to work with people from other ethnic backgrounds.

The EU member states’ own experience also needs to be systematically assessed, so that countries can see what works and what is a waste of money. For example, other countries can learn from Spain’s progress in improving housing for Roma, or from Hungary’s microfinance program for Roma entrepreneurs.
Tweet

All governments face a major impediment to better policies, however: lack of data on the Roma. It is impossible to devote the right resources and design better policies if officials have no information about those who need help.

Many Roma do not feature in official statistics, and governments have little information on whether policies aimed at improving their welfare have had any effect. Even worse, governments typically do not even try to assess the impact of their programs, though evaluation is standard practice in development projects.

It is possible to collect data on the Roma without stigmatizing them. The United Nations Development Program and the Open Society Foundations are collaborating with the World Bank on a major household survey this year that will provide valuable information on the living conditions of Roma in the EU and the Western Balkans. The aim is to enable governments to design more effective policies based on hard evidence, and we hope that national governments will then conduct this kind of official survey regularly.

The European Commission has established a framework. National officials now need to use better data to develop policies with explicit targets, appropriate funding, and provisions for monitoring, accountability, and evaluation.

Achieving greater social inclusion for the Roma is not impossible. It requires, above all, that European governments move beyond the scattershot policies and bureaucratic inertia that have left generations of Roma on Europe’s margins.

Heather Grabbe is Director of the Open Society Institute-Brussels. Kori Udovicki is Regional Director for Europe and the CIS at the United Nations Development Program.