'Brother' Gaddafi, you're going down By Pepe Escobar 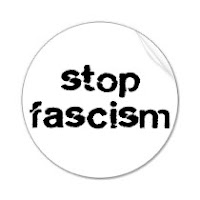 You know the fat lady is about to sing when a dictator unleashes hell from above over his own unarmed, civilian compatriots, and bombs parts of his capital city. That's a bridge too far even by the unspeakable standards of Western-backed dictators in the Arab world.

You know the (ghastly) show may be over when Sheikh Yousef al-Qaradawi, one of the most popular Sunni authorities in the world, not least because of his weekly show on al-Jazeera, issues a fatwa - "I am issuing a fatwa now to kill [Muammar] Gaddafi. To any soldier, to any man who can pull the trigger and kill this man to do so" - and then prays live, on al-Jazeera, for the end of the

Libyan dictator ("O Lord save the Libyans from this pharaoh." When he finishes, the al-Jazeera anchor says "Amen").

You know the bells are ringing when your "Abu Omar Brigade", responsible for your protection, is still on a rampage; but your ambassadors around the world defect en masse; your own deputy ambassador to the United Nations, Ibrahim Omar al-Dabashi, says your government is carrying out genocide; your fighter pilots refuse to bomb your cities; your military officers, in a statement, ask all members of the army to head to Tripoli and depose you; a coalition of Islamic leaders tells all Muslims it is their duty to rebel against you because of your "bloody crimes against humanity"; and to top it off, people are calling for a "million man march" following the Egyptian model.

And what about the Maltese Falcons? In a day of volcanic activity, it's hard to beat the spectacular defection of two colonels of the Libyan Air Force, who flew their Mirages to Malta. They had refused to bomb protesters in Benghazi, telling Maltese authorities they had come so close to carrying out their mission that they could see the crowds on the ground. They also passed "classified" information about what the Libyan military has been up to.

And all this in just one day - Monday.

It was not enough to deploy "black African" mercenaries in a shoot-to-kill rampage in Benghazi. Already on Sunday, Sheikh Faraj al-Zuway, leader of the crucial al-Zuwayya tribe in eastern Libya, had threatened to cut oil exports to the West within 24 hours unless what he called the "oppression of protesters" in Benghazi was stopped.

Akram Al-Warfalli, a leader of the al-Warfalla tribe, one of Libya's biggest, in the south of Tripoli, had told al-Jazeera Gaddafi is "no longer a brother, we tell you to leave the country". The 500,000-strong Berber, Tuaregs from the southern desert, are also against him. When you have four of your key tribes - the spine of your system - marching on Tripoli to get rid of you, you better watch out.

History may eventually register how Gaddafi's appalling 41-year rule in Libya (he was already in power when "Tricky Dicky" Richard Nixon was the United States president) virtually collapsed in only 24 hours. There will be blood - a lot of blood; but "brother" is about to go down.

'Rivers of blood will run through Libya'
The beginning of the end was classic Arab dictator stuff; Saif al-Islam al-Gaddafi, looking like an upscale bouncer in suit and tie, went on Libyan state TV on Sunday night instead of his father to deliver a threatening/repellent/pathetic speech that only infuriated the Libyan masses even more, after six days of protests in the historic Cyrenaica region.

In 2009, Said received a PhD from the London School of Economics (LSE) with a thesis titled "The Role of Civil Society in the Democratization of Global Governance Institutions: From 'Soft Power' to Collective Decision-Making". Last year he delivered a lecture about it at the LSE (listen to it here.)

Isn't wonderful that the ghastliest dictators in the world may send their offspring to the best schools in the world where they can appease the West's false consciousness while back at home they openly threaten their own people and go for sniper fire, automatic weapons and heavy artillery against their unarmed compatriots?

It's doubtful the LSE taught Saif how to ignite a flash civil war with just a rant. But that's what he accomplished.

Libyan writer Faouzi Abdelhamid - comparing the name Saif al-Islam ("sword of Islam") with Saif al-I'dam ("sword of execution") came out all guns blazing, calling the whole Gaddafi clan criminals and thieves; "You don't even have the right of living among us as ordinary citizens, because you're guilty of high treason".

By the time Saif was delivering his threats, the eastern city of Benghazi had already fallen to the protesters. Tripoli was next, on Monday. With the regime blocking all phone lines, all day Monday occasional, frantic tweets relayed all sorts of terrifying rumors and facts - inevitably clouded by the ominous sound of live ammunition. Helicopters raining bullets down on people in the streets below. Fighter jets launching strikes. Snipers firing from building tops.

Schools, government offices and most stores in Tripoli were closed, with armed "Revolutionary Committees", ie regime thugs, patrolling the streets hunting for protesters in Tripoli's old city. According to Salem Gnan, a London-based spokesman for the National Front for the Salvation of Libya, 80 people may have died when protesters surrounded Gaddafi's residence and were shot at from inside the compound.

As the People's Hall - where the parliament meets when it is in session in Tripoli - was set on fire and all cities south of Tripoli were progressively being "liberated", al-Jazeera managed to trace the source of jamming of its Arabsat satellite frequency to a Libyan intelligence building south of the capital.

Ahmed Elgazir, a human-rights researcher with the Libyan News Center (LNC) in Geneva, later told al-Jazeera he got a call for help from a woman witnessing a massacre in progress on a satellite phone. Eyewitnesses reported to Agence France-Presse another "massacre" in the Fashloum and Tajoura districts of Tripoli. By late Monday night, the (unconfirmed) death toll in Tripoli alone had reached at least 250.

Among Libyans, virtually all information all around the country was and remains word of mouth. But tweets that reached al-Jazeera or the BBC also emphasized a profound disgust with the deafening silence of the "international community" ("Are we only worth mentioning when it has to do with oil and terrorism?")

Round up the oily condemnations
Said "international community" indeed started noticing when the Libyan Quryna newspaper reported protests had broken out in the northern city of Ras Lanuf, whose oil refinery processes 220,000 barrels a day.

Yes, apart from Gaddafi's antics, Libya registers in the West because it exports 1.7 million barrels of oil a day. Its gross domestic product is US$77 billion - number 62 in world rankings; that theoretically implies a per capita income of over $12,000 a year, more, for instance, than BRIC member Brazil. But profound inequality is the norm; roughly 35% of Libyans live below the poverty line, and unemployment is running at an unbearable 30%. The oil wealth stays in Tripolitania. Eastern Libya - Cyrenaica - where the anti-Gaddafi revolution started, is dirt poor.

In the high-stakes front, the Libyan Investment Authority (LIA) - also owner of a London-based hedge fund - has invested more than $70 billion around the world. It's a major shareholder, for instance, in the Financial Times, Fiat and one of Italy's top soccer clubs, Juventus. LIA invests - and plans to invest - billions in Britain.

Cue to the European Union (EU) foreign ministers issuing the usual, bland, bureaucratic condemnation. At least Italian Prime Minister, "bunga bunga" idol and close Gaddafi pal Silvio Berlusconi, who had said earlier he didn't want to "disturb" his friend, had to qualify the massacre of civilians as "unacceptable" and profess he was "alarmed". To see Berlusconi literally kissing Gaddafi's hands, go here No less than 32% of Libya's oil exports go to Italy.

Then there's another classic - Washington's deafening silence. US Secretary of State Hillary Clinton issued the standard bland condemnation. Libyan-American scientist and activist Naeem Gheriany told the Institute for Public Accuracy the Barack Obama administration "says it's 'concerned' about the situation - there's no real condemnation in spite of the dire situation. People are being massacred in the hundreds, Gaddafi is reportedly using anti-aircraft guns to shoot people. In a few days, more people in Libya have apparently been killed than in weeks in Iran, Tunisia, Bahrain, Yemen and even Egypt (which has a much larger population) ... Even the oil cannot justify this silence."

Not to mention that Washington and Gaddafi have been the best "war on terror" pals. Captured al-Qaeda operative Ibn al-Sheikh al-Libi - the object of a Central Intelligence Agency "rendition" to former Egyptian president Hosni Mubarak and Omar "Sheikh al-Torture" Suleiman, who duly tortured him into confessing to a non-existent Saddam-al-Qaeda weapons of mass destruction connection that then-secretary of state Colin Powell used as "intelligence" at his United Nations speech in February 2003 - was later tracked in Libya by Human Rights Watch just to end up his life as an alleged "suicide".

Milan villa or The Hague?
Libyan opposition writer Ashour Shamis has remarked, "For Gaddafi it's kill or be killed". The family told Saudi paper al-Sharq al-Awsat, "We will all die on Libyan soil." That means Gaddafi and a row of hated offspring.

Son Khamis - the commander of an elite special forces unit, trained in Russia - is the mastermind of the repression in Benghazi. Son Saadi is, or was there too, alongside the head of military intelligence, Abdullah al-Senussi.

Son Muatassim is Gaddafi's national security adviser and, until now, possible successor. In 2009, he tried to set up his own special forces unit to erode Khamis's power.

Son Saif, the "modernizer" with an LSE diploma, cuts no mustard with the regime's old guard and the dreaded "Revolutionary Committees".

Son Saadi is basically a thug fond of raising hell across nightclubs in Europe. Same applies to son Hannibal.

It all looks and sounds like a cheap blood-splattered gangster movie. What to make of Gaddafi's bizarre 20-second appearance on state TV early this Tuesday ("I'm in Tripoli, not in Venezuela"), clutching an umbrella, sitting inside a cream-colored microvan and sporting a winter hat with ear flaps, with no clue of what is going on? (After all he was supporting his pals, Tunisia's Zine el-Abidine Ben Ali, and to Mubarak, until the very end). He defined TV channels - such as al-Jazeera - as "dogs" (in the 1980s he had already used hit squads to murder exiled "stray dogs" who challenged his revolution).

They were all wrong; the entire Arab world now is Tunisia. The Libyan masses hate "their" leader. Even fellow Arab dictators - with the exception of the House of Saud - hate him. He has few expat options. Venezuela's Hugo Chavez would be crazy to offer him asylum and forever destroy his "champion of the poor" credibility.

Well, there's always Berlusconi. Nice villa near Milan, great pasta, and he can pitch his Bedouin tent in the luxurious gardens. And if Berlusconi is sent to jail in his "Rubygate"-related trial in April, Gaddafi may even move up to the main residence. But, after you bombed your own citizens from the air, and hired mercenaries to shoot them, there is only one choice destination: the International Criminal Court in The Hague.

He may be reached at pepeasia@yahoo.com.