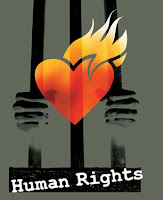 Palestinian Authority: End Violence Against Egypt Demonstrators
US, EU Should Suspend Security Assistance to PA Unless Abuses are Addressed

The Palestinian Authority should immediately make clear that its ‘state-building' training of security forces does not include beating peaceful demonstrators. The PA should take action against the responsible police officers or the US and EU should find another use for their taxpayers' money.

Sarah Leah Whitson, Middle East and North Africa director at Human Rights Watch
(Ramallah) - The Palestinian Authority should end police violence against peaceful demonstrators, the latest instance being an attack against demonstrators at an evening rally on February 2, 2011, in Ramallah in support of the Egypt protests, Human Rights Watch said today. Police punched, kicked, and detained participants in the demonstration, as well as at least two journalists and a Human Rights Watch research assistant.

"The Palestinian Authority should immediately make clear that its ‘state-building' training of security forces does not include beating peaceful demonstrators," said Sarah Leah Whitson, Middle East and North Africa director at Human Rights Watch. "The PA should take action against the responsible police officers or the US and EU should find another use for their taxpayers' money."

Protesters began to arrive at Manara Square in downtown Ramallah at 9 p.m. in response to messages sent out earlier in the day via Facebook and SMS asking people to demonstrate in solidarity with protesters in Egypt. The number of protesters swelled to around 100 to 150 people, who chanted slogans such as, "Long live Egypt!" and "Mubarak, Mubarak, Ben Ali is waiting for you," a reference to the ousted Tunisian president. Human Rights Watch observed as Palestinian Authority (PA) police gathered at the side of the square.
The demonstration had been peaceful when regular police and "special forces" police, identifiable by their uniforms, began beating demonstrators without warning. Police used teargas and batons to disperse the protesters. A police officer told Human Rights Watch that "all the security forces were present tonight," including police detectives and officers from the Preventive Security agency and General Intelligence Service, all in street clothes.

Human Rights Watch saw police continuing to beat protesters after they were arrested while taking the protesters to the police station. Police grabbed participants by the neck, punched them in the face, and hit them in the legs and torso with their knees.

Witnesses told Human Rights Watch that two men in civilian clothes dragged a Palmedia journalist, Ibrahim Hammad, away while he was filming the demonstration with his video camera.

Mohammed Jaradat, a freelance journalist with an office overlooking Manara Square, identified himself to police as a journalist and displayed his press card, but PA forces grabbed him and took him to the police station near the square. They released him a short time later, at 10:35 p.m. Human Rights Watch later observed a bruise on Jaradat's face; he said he had been punched by police.

Jaradat also told Human Rights Watch that he saw Hammad while he was in detention and that police had confiscated Hammad's videotape.

Police also beat and arrested a Human Rights Watch research assistant who identified himself as such to the police. Police beat and kicked him continuously while dragging him into the nearby police station. They released him without charge after being briefly detaining him.
Police had released three other demonstrators while at least four others remained in detention as of 10:35 p.m. local time.

The US and European Union provide substantial aid to the PA, including programs to train and equip its security forces. The EU gave the Palestinian Authority more than €230 million (US$315 million) last year, including for a police training program called EUPOL COPPS, which has its headquarters in Ramallah. The US provided $350 million for security and program assistance, primarily to the National Security Forces, and an additional $150 million to the PA in direct budgetary support in 2010.

Human Rights Watch earlier this week documented PA attacks on other pro-democracy demonstrations, and has reported extensively on its human rights abuses, including torture and harassment against Palestinian civil society.

The US and the EU should suspend aid to Palestinian Authority security forces unless the Palestinian authorities take appropriate measures to end such abuses and allow Palestinians to enjoy their rights to freedom of assembly and expression, Human Rights Watch said.
Publicado por Blog de Carlos Braverman en 7:58 p. m.